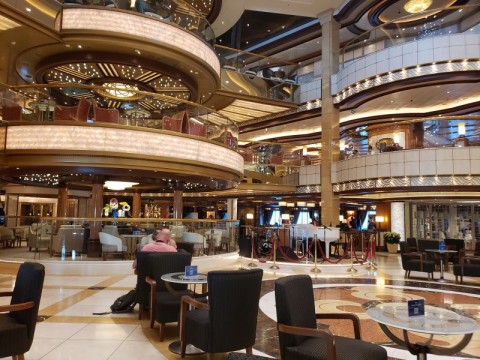 Onboard the Majestic Princess Cruise Ship

Although we're on the 13th day of our "epic" 57-day adventure, we got a few days head start, Bob and Joyce, our travel friends from Florida, arrived at our home in Arizona 5 days before we embarked on this trip. While Connie and I have slowed down on our US travels, they continue to travel in their motorhome 6-8 months a year. For this trip, they set a snail's pace rushing from Florida to Arizona in about a month.

It had been a couple years since we've seen them, so we spent a couple days catching up. Then it was time for them to prepare their motorhome for the two-month storage. We helped them "winterize" their rig for the first time. We may not get freezing weather in Arizona by the end of November, but it's best to be safe. Frozen water pipes in a motorhome can cause much damage. 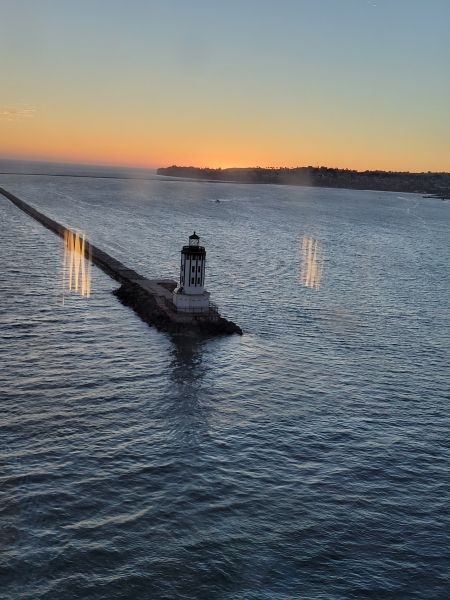 At the last minute, we decided to rush to California a day early and spend some time with Connie's parents. After picking up the rental van, we immediately headed to the Los Angeles area. We had decided to rent the van and drive it one-way to California. Much cheaper than driving our own truck and paying for storage for a couple months. We'll fly back directly to Phoenix. We arrived around 9:00pm, with Connie's parents being gracious hosts while we took over their 2 bedrooms. They spent the night in their living room. We enjoyed the morning visiting with them before we headed to the San Pedro cruise ship port. After dropping Connie, Joyce, and our 8 suitcases off at the port, Bob and I returned the rental van to Long Beach. We caught an Uber and returned to the ladies waiting at the port.

Check-in at the port was a nightmare! It took almost 3 hours of waiting in lines and dealing with the heat until we finally were allowed to board the "Majestic Princess" cruise ship. The entire process seemed very disorganized. This is the first time we've cruised with Princess. Unlike the other cruise lines we've used, this one is more "traditional". I think 90% of the passengers are over the age of 60. We've seen less than a dozen kids under the age of 12. 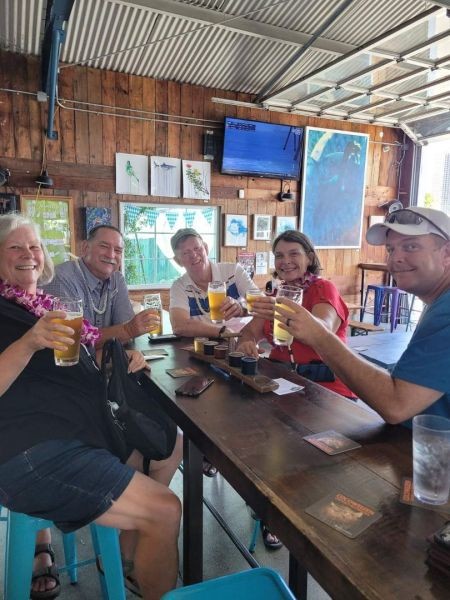 At the Honolulu Brewery

So far, we've only had one stop. We spent a couple days in port in Honolulu, Hawaii. Since we're coming back to Honolulu at the end of our trip for a couple weeks, we only went ashore for an afternoon. We finally met Bobby and Andreea, the son and daughter-in-law of Bob and Joyce. We've heard so much about them for the past 14+ years. It was nice to finally meet them and enjoy an afternoon at the Honolulu brewery. Good beer! 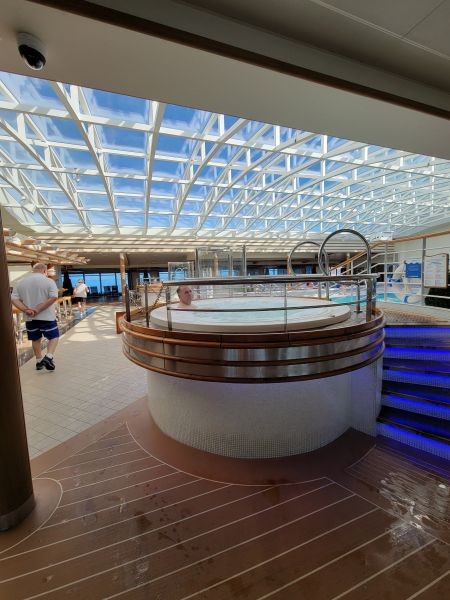 Larry in his "happy place". 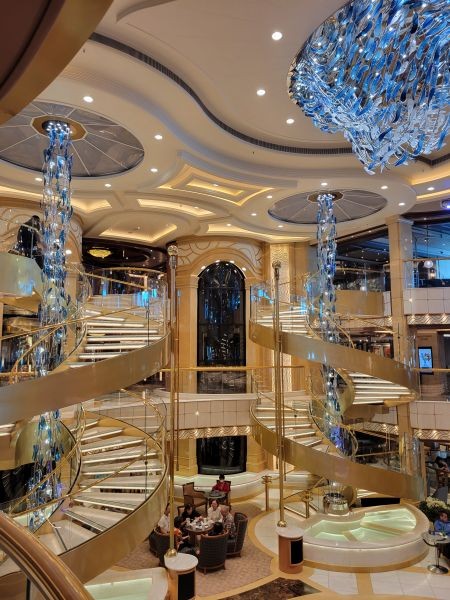 The "Piazza" center of the ship.

The rest of the time has been at sea. Luckily, the weather has been great! Mild weather in the mid-80's and very smooth seas. However, today the weather is nice, but very breezy. These have been some very relaxing, lazy days. Connie has been working on crochet projects and reading, I've just been spending hours in the hot tub each day. We meet up with Bob and Joyce in the early evening for some game play, drinks, dinner, the evening entertainment, and then more drinks. I could get use to this rough life!

Connie and Joyce also attended a wine tasting class (like they needed one). They greatly enjoyed the fancy wines. 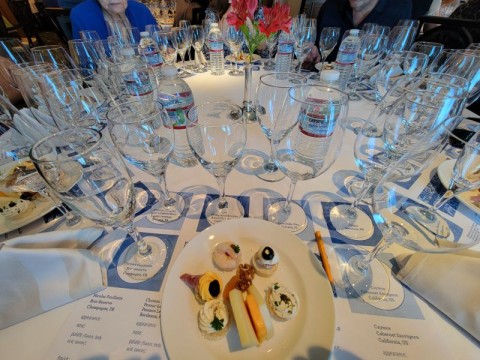 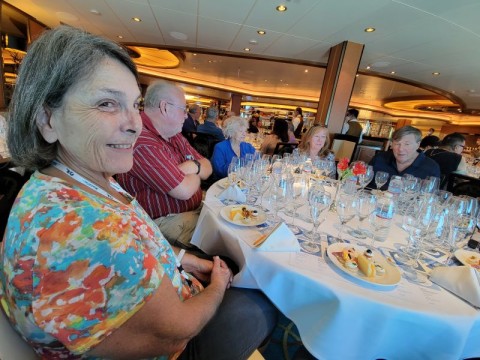 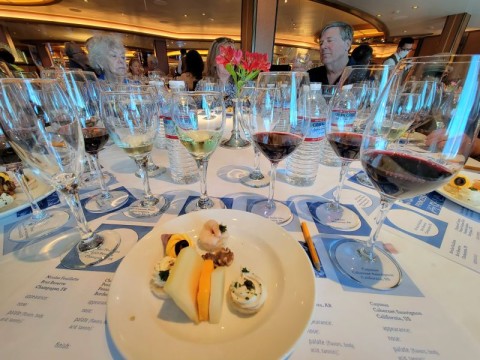 We just arrived in Papeete, Tahiti and have faster Internet again. The Internet on the ship is enough to use email, but that's about it. A couple days ago, we crossed the equator, moving from the northern hemisphere into the southern hemisphere. As I sit here by the pool typing, the "crossing of the equator" event is about to start. Let me know if you have questions or comments below. Much more to come soon.... 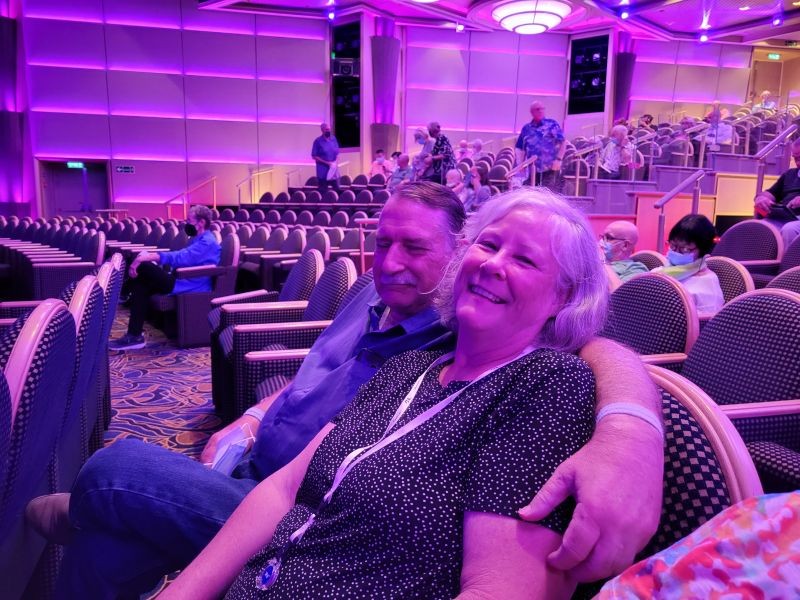 Waiting for the evening stage show. 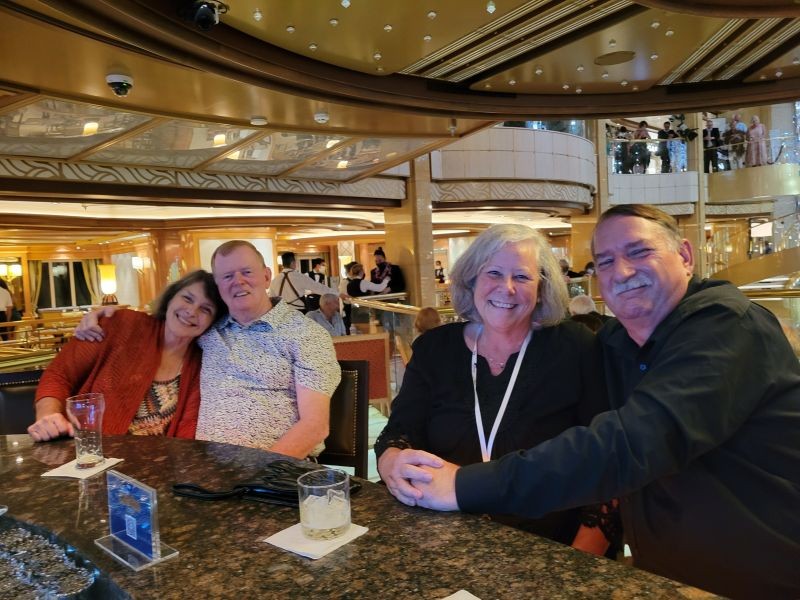 Evening drinks with Bob and Joyce. 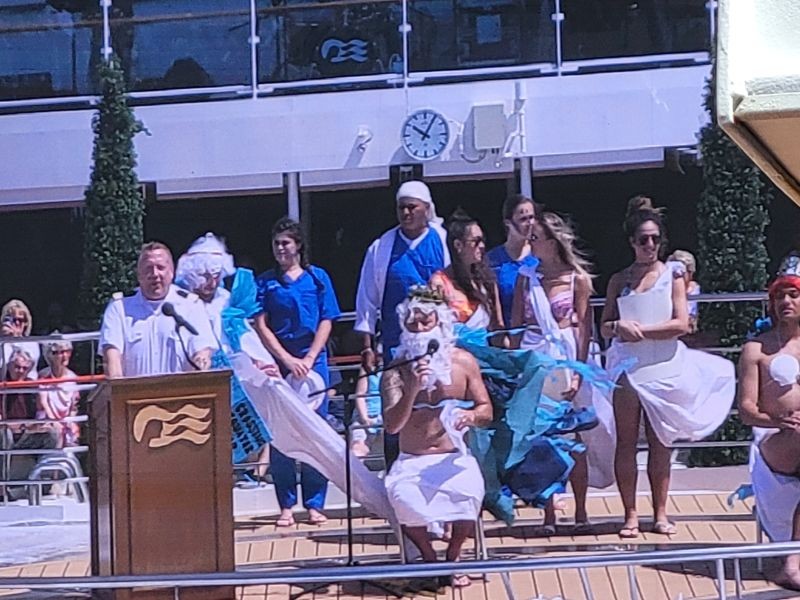 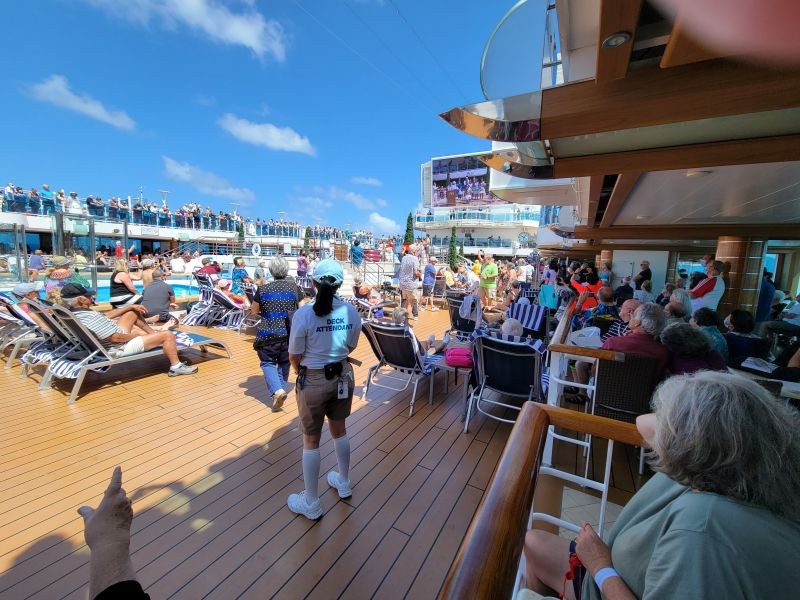