Many RV awnings have a common problem. They might catch the wind and billow out, or blow completely off. Our A&E 8500 Awning once caught the wind while driving down the highway. We were lucky, as all it did was billow out, then snap back into place. It did scare us. However, my dad wasn't so lucky. His awning also caught the wind while driving down the highway on a very windy day. But his was completely torn off. One of the arms also was torn from the motorhome. All he could do, while on the side of the road, was cut the awning off and leave it along side the highway.

The A&E awnings are held rolled up by two methods. There is a factory locking pawl located in the right end cap of the awning.  The other thing preventing the awning from unrolling is the tension on the springs. The locking arms DO NOT prevent the awning from coming unrolled. The arms are there for when the awning is rolled out, not when rolled in.

I've found a couple after-market devices available to help prevent the unintentional unrolling.  They normally sell for about $60. I have friends who use them, and say they do work. But I found instructions on making your own awning lock for under $15. I thought I'd give it a try. The following A&E awning lock cost me $28 for two (front and rear), and took about 30 minutes. I'm not familiar with other brands of awnings, but perhaps this might work on them as well.

The following parts were mostly purchased at Home Depot. My local Home Depot didn't carry this type of spring anymore, but the True Value H 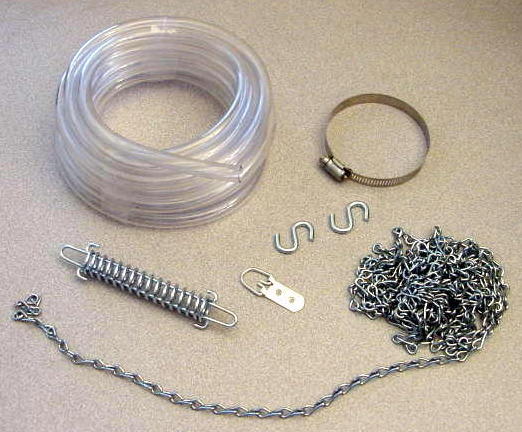 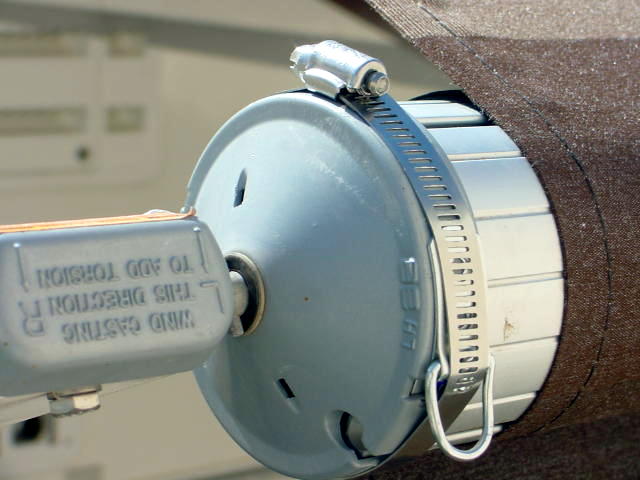 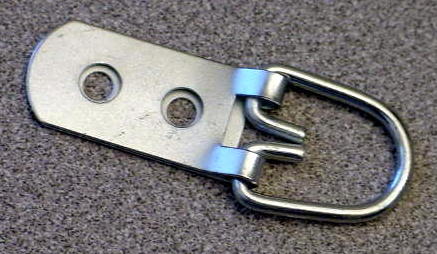 earlier.  This prevents it from slipping around the end cap when the spring pulls down on it.  Tightening the stainless steel hose clamp forms the tab on the hanger around the curvature of the end cap.  After the clamp is tightened, use a screwdriver and bend the hanger away from the clamp enough to allow the S hook to go through the opening.

Attach a "S" hook on one end of the spring, and the chain directly to the spring on the other end.  My spring had a bracket already attached on one end, which was easily cut off with a hack saw. The spring also comes apart, allowing the chain to be looped onto it.

With the awning rolled up, the spring is attached to the hook using the awning rod. From the ground, hook the "S" hook over the rod and hold it into place on the rod by pulling on the chain as you raise it and hook it onto the picture hanger. Once hooked and the chain is hanging down, cut the chain right before it touches the awning foot. 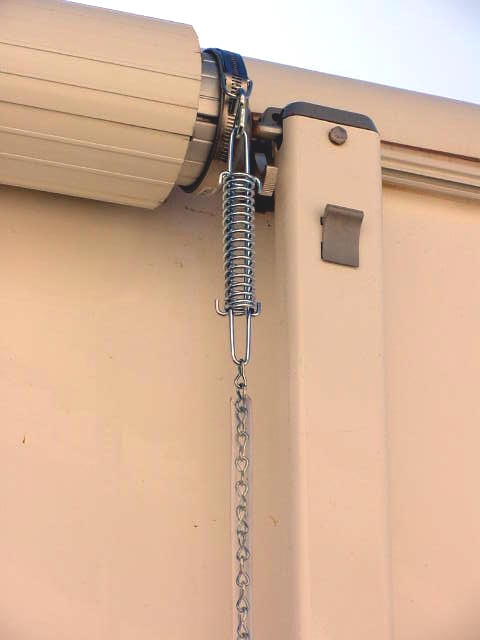 To reduce noise and prevent scratches to your rig, slip the vinyl tubing over 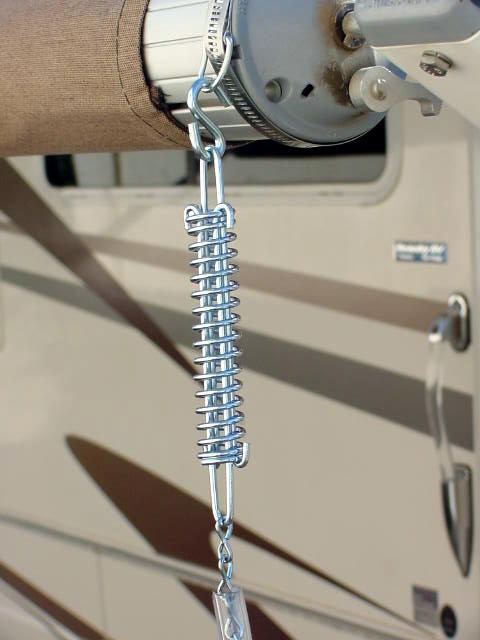 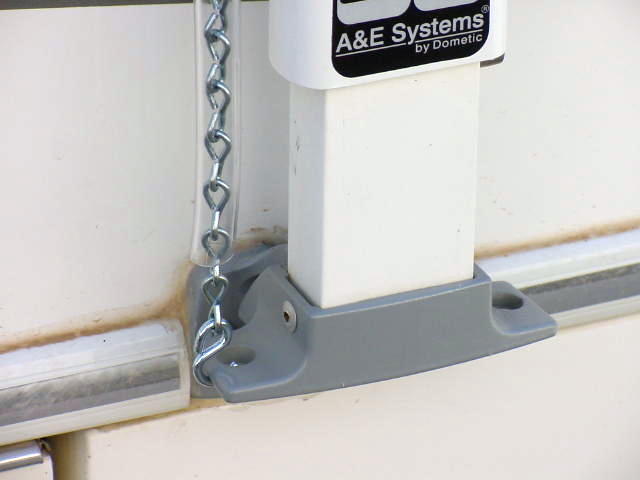 cut to the correct length. On the end of the chain near the awning foot, attach another "S" hook. To prevent the "S" hooks from from falling off, use pliers to squeeze the end attached to the spring or chain. Hook this bottom "S" hook to the hole on your awning's foot. The chain should be tight, with slight tension on the spring. This length of chain prevents the awning from opening with the spring absorbing the shock, even if you try to open it manually.