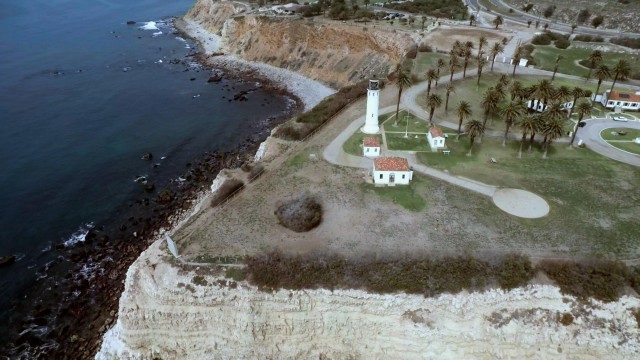 Connie and I have been spending the past few weeks at the Naval Weapons Station in Seal Beach, CA. The Navy has a great RV Park on base. This has become our annual stop in March for a couple reasons: 1) We get to visit with Connie's parents and brother, and 2) we spend a lot of time working on software that we produce annualy for a client. We enjoy Southern California (we both grew up here), but get tired of the extreme traffic very fast. Luckily, we're busy working at home most of the time and don't need to drive distances. We'll be in Seal Beach CA until the beginning of April.

But it's not all work an no play. Soon afer we arrived here, we got an email inviting us to attend a taping of the "America's Got Talent" TV show for the new season. We spent the afternoon in Pasadena, CA watching the taping of oneof the first episodes. We don'tknow when this episode will air on TV, so we may end up watching all of them until we see ourselves in the audience. If you see an episode where there's a contestant is a "psychic" that could tell the future reading people's "butts", that's the episode we attended. I had a chance to be on stage with my butt hanging out of a box for the show, but I declined. Smart move. We've also been visiting Connie's family and will do so again for Easter Sunday.

Part of our annual trip here involves having dinner with freinds we met at a campground 10 years ago. We were working in the campground and they were camping. Imagine we still stay in touch!

The other day, Connie went with her mother to a fund-raising fashion show. I took this time to go fly my sUAS (drone). Due to many airports in the area, most of this area is classified as a "no fly zone" by the FAA. However, there's a small strip along the Pacici coast that is far enough away from airports to allow flying. So up tot he Palos Verdes Pennisula I headed. It took me almost an hour to build up courage to fly my sUAS out over the ocean. There was a slight breeze, but I sure didn't want to end up in the bottom of the sea! Once I got flying, there was no more fear. The 3DR Solo flew fanastic without any issues. I got in about 45 minutes of flying, which ended up being edited down to less than 3 minutes. I'm still learning how to edit videos. I know I have alng ways to go, but this video is another step in the right direction.

They Cancelled Our Reservation

Boondocking at the Trona Pinnacles