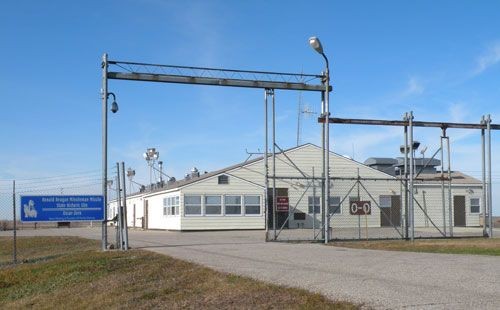 While visiting Malmstrom AFB, in Montana, I visited their on-base museum. Malmstrom AFB's mission is now only to maintain 150 Minuteman III missiles. When I first started in the US Air Force, my first assignment was to F.E. Warren AFB, whose only mission is also to maintain 150 Minuteman Missiles. I asked at the Malmstrom AFB base if there were any missile silos that were open for tours and I learned of the Ronald Regan Minuteman Missile Site near Grand Forks, ND. What luck! We were heading there and I placed it on our touring schedule.

A few days ago while staying at Grand Forks AFB, ND, Connie and I drove to nearby Cooperstown, ND to visit the Ronald Regan Minuteman Missile Site. This is the closed and non-operational "Oscar-Zero" Minuteman II Missile Alert Facility (MAF). Grand Forks AFB no longer maintains any Missiles (their main mission is now drones). All missile sites assigned at Grand Forks AFB were de-commissioned and destroyed in the early 1990's. However, the Oscar-Zero MAF and the November-33 Launch Facility were kept for this historical museum site. 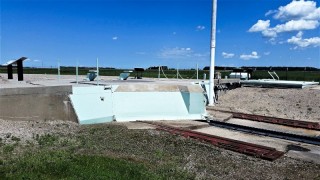 Missile Door at a Launch Facility

This historical site is operated by the State Historical Society of North Dakota. It includes the Oscar-Zero MAF, which has tours of the above and below-ground facilities, and the November-33 Launch Facility. The Launch Facility is only the remains of the above ground facilities where a Minuteman II missile once was ready to launch from underground. The missile is gone and the underground site has been filled in with sand and concrete.

Minot AFB in North Dakota still has 150 operational Minuteman missile sites. While we were staying near Minot AFB, we saw an operational MAF and several live missile Launch Facilities from the roads and highway. To me, it was a game to see how many we could identify from the road. They are kind-of hard to spot, but we got good at it. The locations aren't a secret. It was a little eerie to realize these are live locations. Identifying these sites just made me want to view the historical site even more. It was a kind of wanting to "see what's behind the curtain". 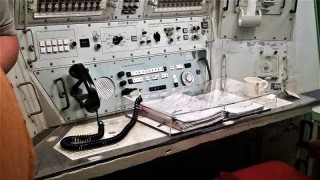 One of 2 Launch Consoles

We toured the top facilities of the Missile Alert Facility (MAF). This is where the site manager, maintenance, cook, and security stayed. Each MAF was responsible for securing and maintaining 10 missile launch facilities, located up to 30 miles away. The missiles aren't kept at the MAF - they are remotely controlled.

Bottom line, I greatly enjoyed the entire tour (probably more than Connie). I learned a great deal, and have even more respect for our nuclear missile deterrence forces. The United States still has 450 active Minuteman Missiles ready to be launched on the President's order. These are located in Wyoming (including Colorado and Nebraska), North Dakota, and Montana. 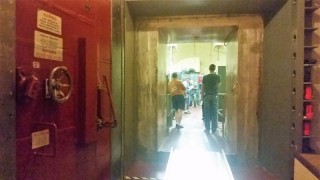 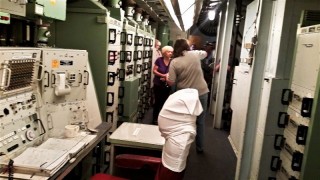 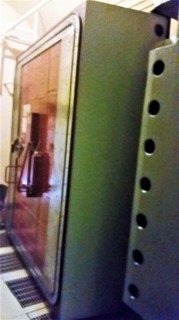 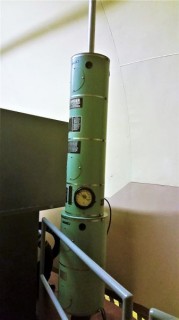 A "Shock Absorber" for the Underground Centers 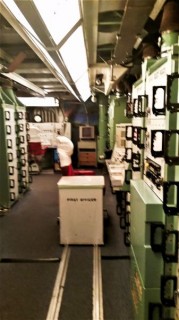 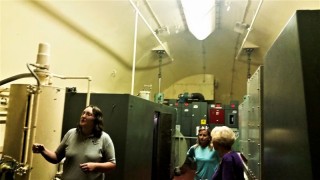 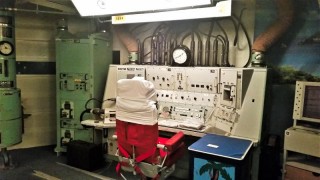