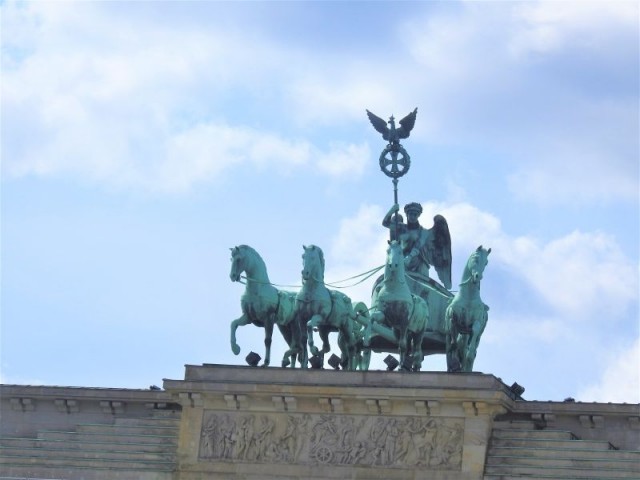 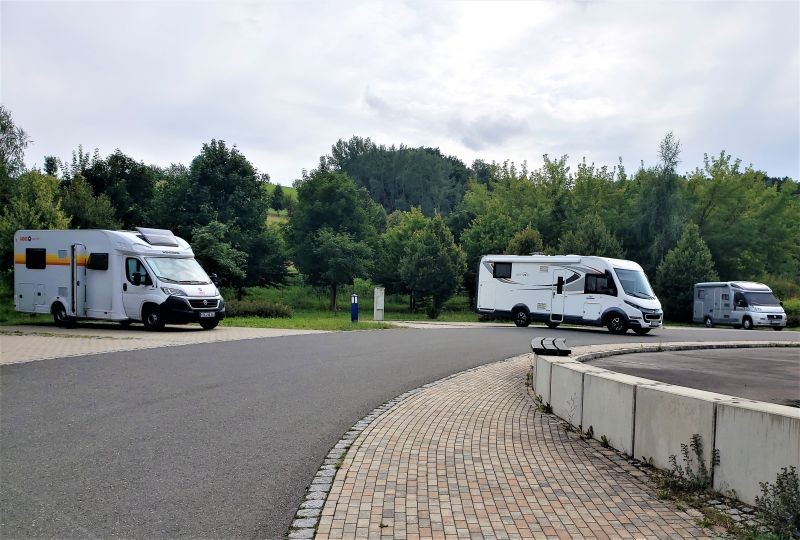 Not much happening today at the Stellplatz in Eisenberg, Germany. We stuck around the motorhome catching up on photos, videos, and updating this blog. We had planned to do some shopping and perhaps get a good meal out, but everything is closed - it's Sunday. Although, it wasn't really a "Sun" day, it rained all day long.  ☺

Still raining, but we headed out in the morning towards Berlin. It's about a 3 hour drive, but construction made us detour for another 30 minutes. Other than the construction, it was an uneventful drive. Traffic in Berlin wasn't bad. Our GPS program is doing a pretty good job, but not perfect.

We weren't sure if the rental motorhome would have a GPS, so we came prepared. We already have an 8" Android tablet and could use it as a GPS. I know Google maps is pretty good, but I wanted something that would take into consideration the height, width, and length of the motorhome. The roads can be very narrow here, as well as low bridges and tunnels. Learning from other people, having a GPS that takes into consideration the motorhome dimensions can help reduce problems. I also wanted something that would allow us to download the maps and be able to use them without an Internet connection. I decided to purchase OsmAnd - Offline Mobile Maps & Navigation. I paid $25, but they are now having a sale for 50% off. This program has been great! We still use Google maps for specific searches and when walking around. 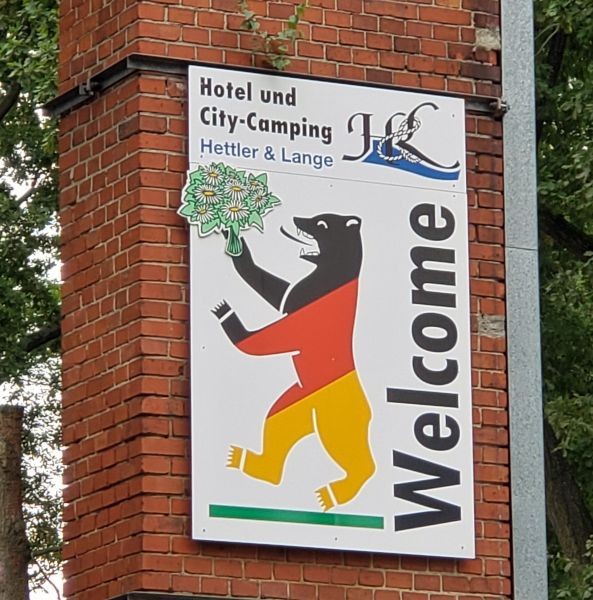 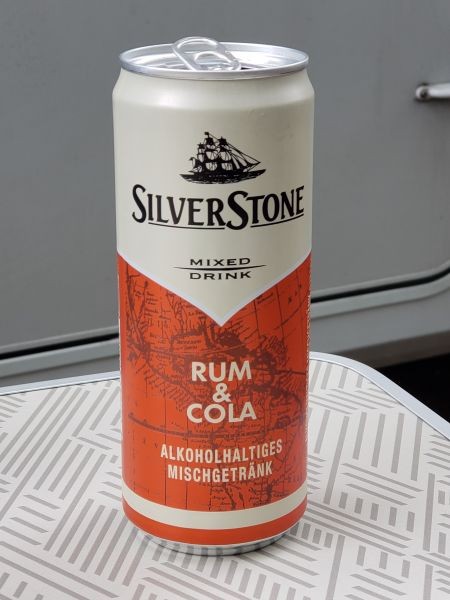 Before arriving at Hotel und City Camping Nord Hettler & Lange, we stopped at another Aldi's to stock up on groceries. Connie surprised me with a treat - a Rum and Cola! With a small motorhome, we need to do some grocery shopping every two or three days. We could stock up a little more, but it's fun to do a little shopping in different places. After shopping, we splurged for a fancy lunch - at Burger King (it was next door).

The City Camping Nord (North) is nice, but nothing fancy. It's €28 ($33.60 US) a night. Electric and water is included, with a dump station available. We're in a wooded area along a canal. For being in the suburbs of Berlin, it's pretty quiet. It's about 14 km (8.7 miles) to downtown Berlin. The showers are clean and hot. They have breakfast and brotchen available in the mornings. More importantly, laundry! After we arrived, we did a couple loads of laundry. €12 ($14.40 US) for two wash loads and two dryer loads. It took us a few minutes to figure out how the machines worked, then it took them a couple hours to do their job. Expensive and slow, but better than doing it all by hand. Connie hang dries a lot of clothes as well, but with the threat of rain, we ended up turning the inside of the motorhome into a drying line.

Today was the first day of our "hop on - hop off" bus pass. We called for an Uber and let them fight the city traffic. €23,92 with tip ($28.11 US).  We arrived in downtown Berlin 20 minutes before the bus arrived. We had a great day riding the bus all around town. We could ride two different bus systems, composing of 25 different stops. We got off the bus at several stops and explored the local area. The bus ride included an audio tour in English explaining what we were seeing, and a bit of history of the city.

I greatly enjoyed the bus system and tour. It allowed us to relax and actually "see" the city, rather than being stressed out in traffic. There were plenty of tourists out, but not overly crowded. We stopped at all of the popular tourist spots. A "Berlin Curry Wurst" was included in our tour package, but it wasn't spectacular. While I usually avoid cities, this was one that I wanted to visit. Taking the bus tour was the best idea.

Most of Berlin was destroyed during the war and had to be rebuilt, so there weren't many original buildings. It was interesting to see the difference in architecture between the West and East Berlin.  East Berlin was trying to be more "modern" in their design and layout of the buildings and streets. When we were exhausted, we thought we would attempt the transit system to return home. However, there wasn't a bus, tram, or subway that got us real close to our campground. My leg was already hurting pretty bad from the walking during the day. Heck with it! I splurged for another Uber ride back home. €33.23 with tip ($39.05 US). 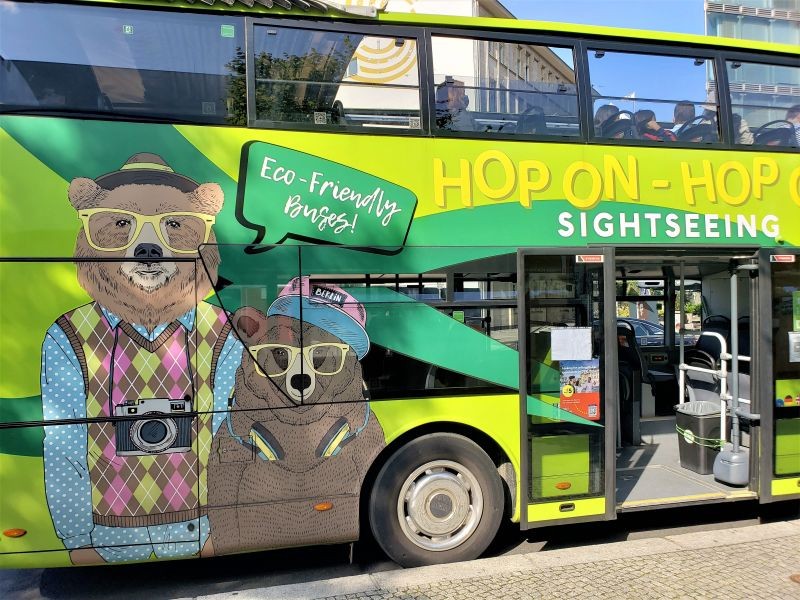 Hey, they have our pictures on the side of the bus! 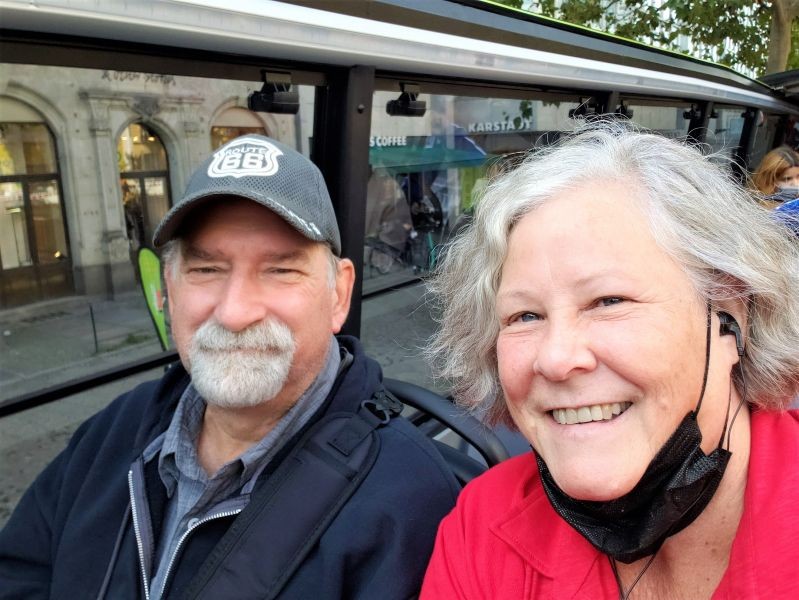 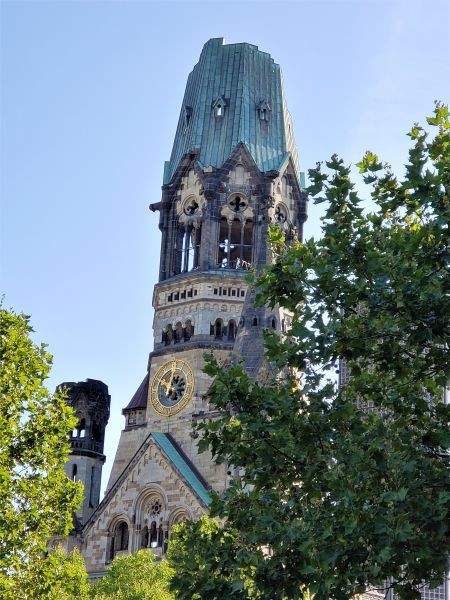 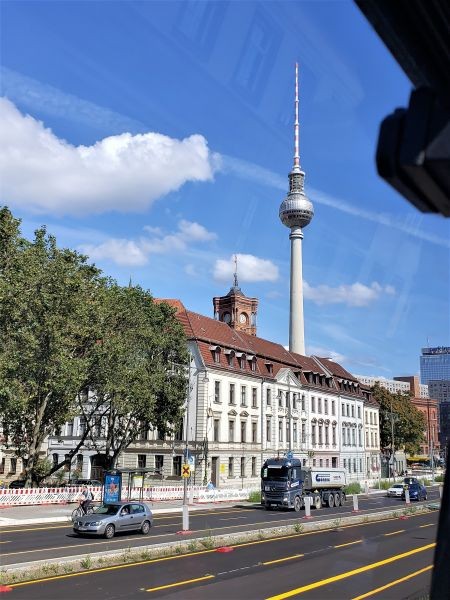 Remnants of the old Berlin wall 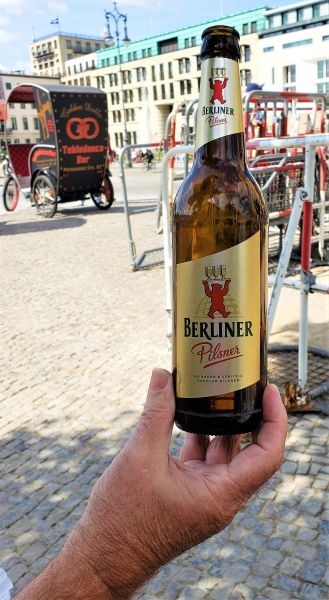 A treat with lunch 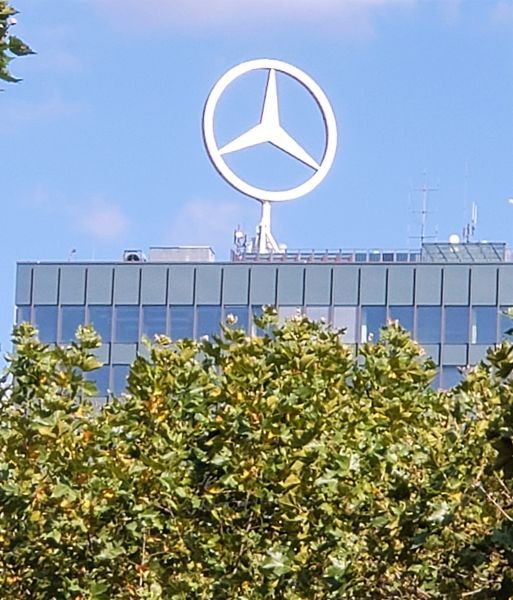 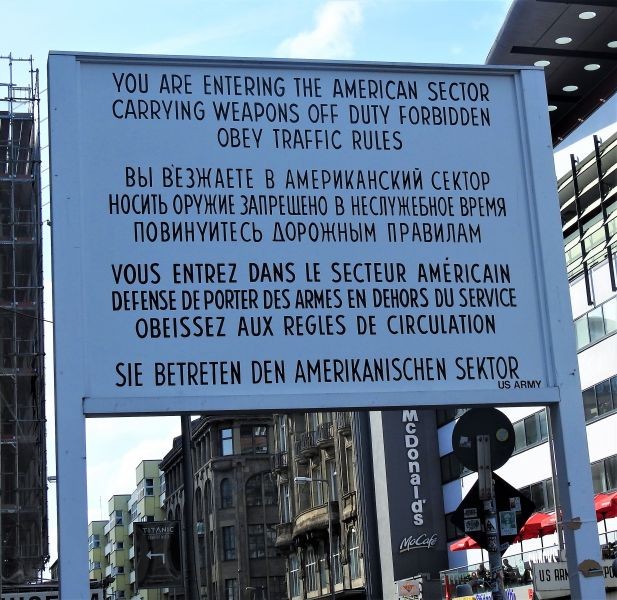 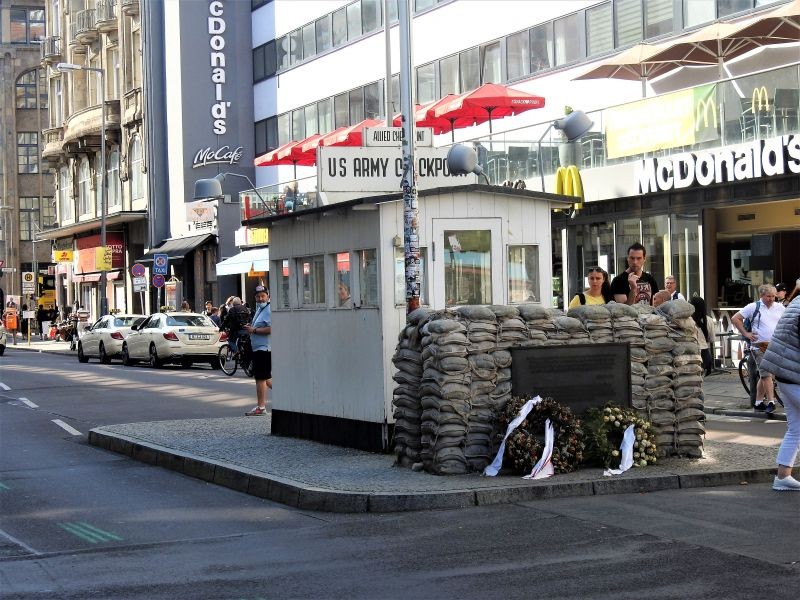 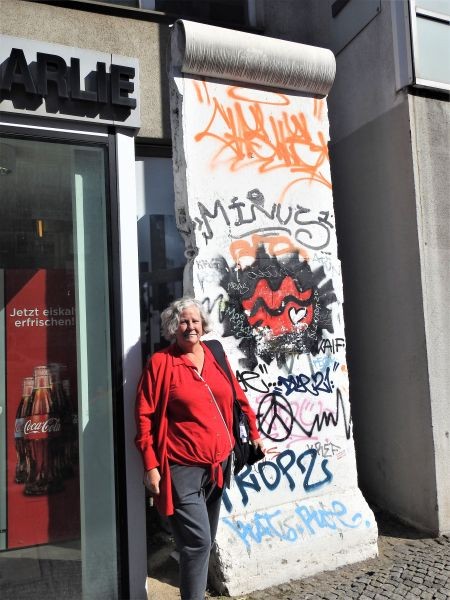 A section of the Berlin Wall 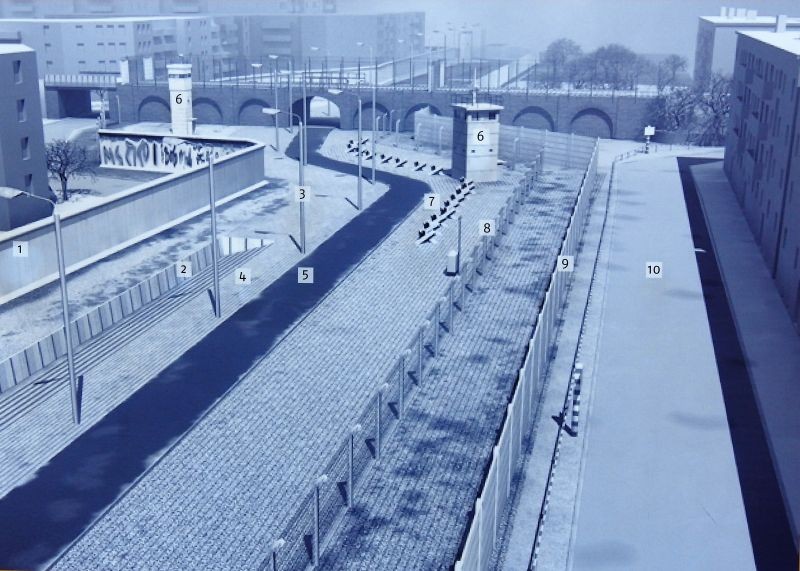 Photo of the Berlin Wall from East Berlin 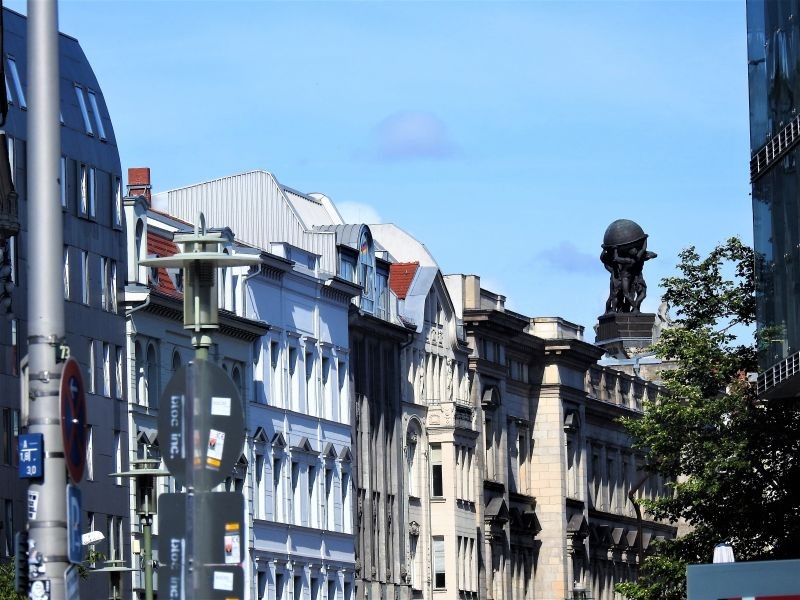 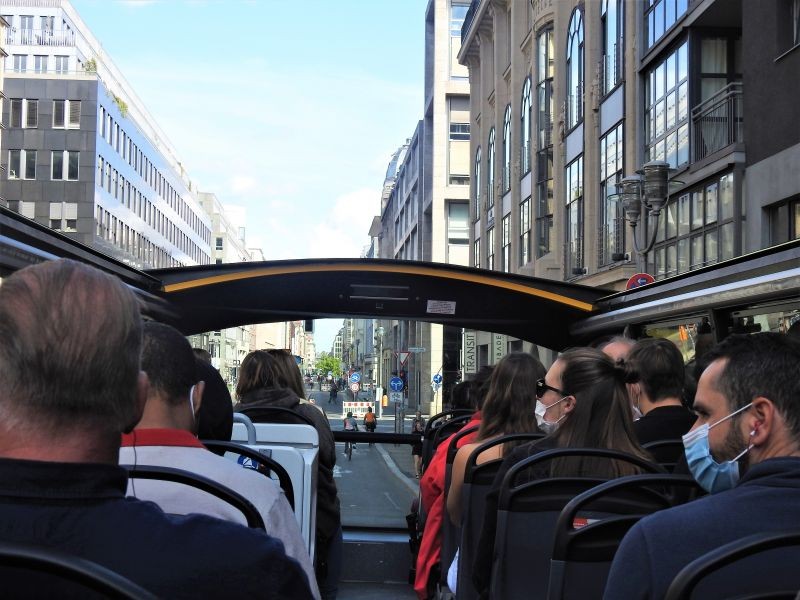 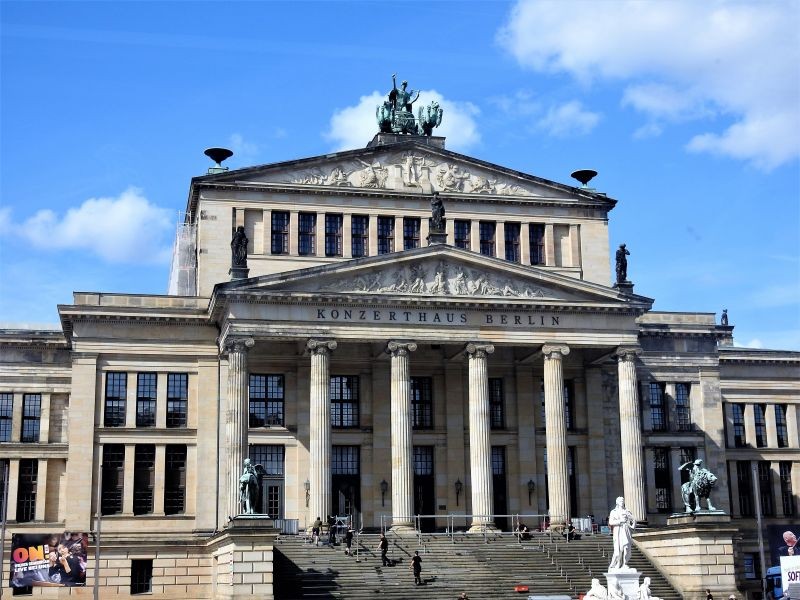 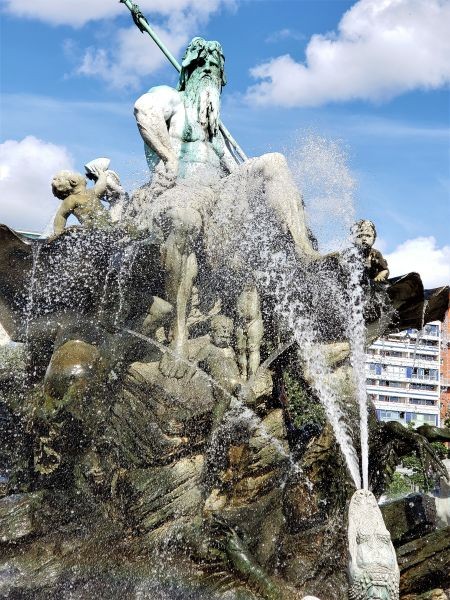 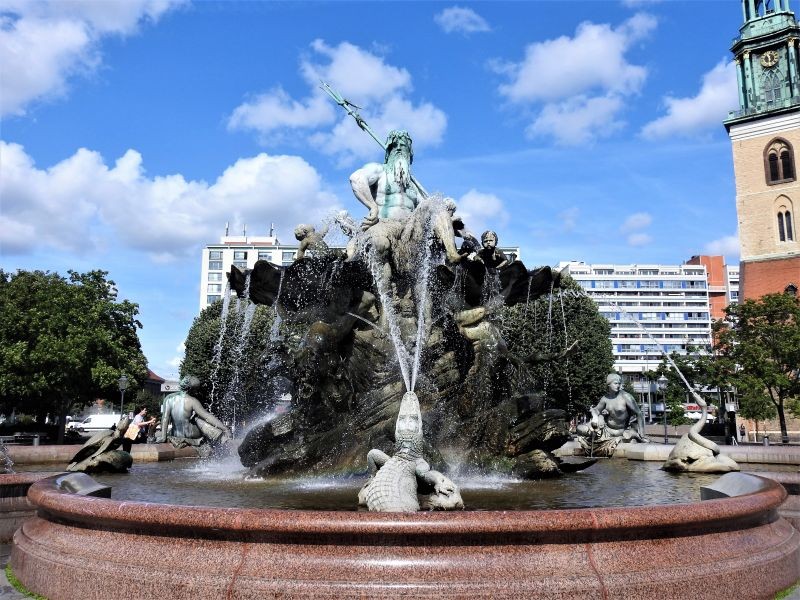 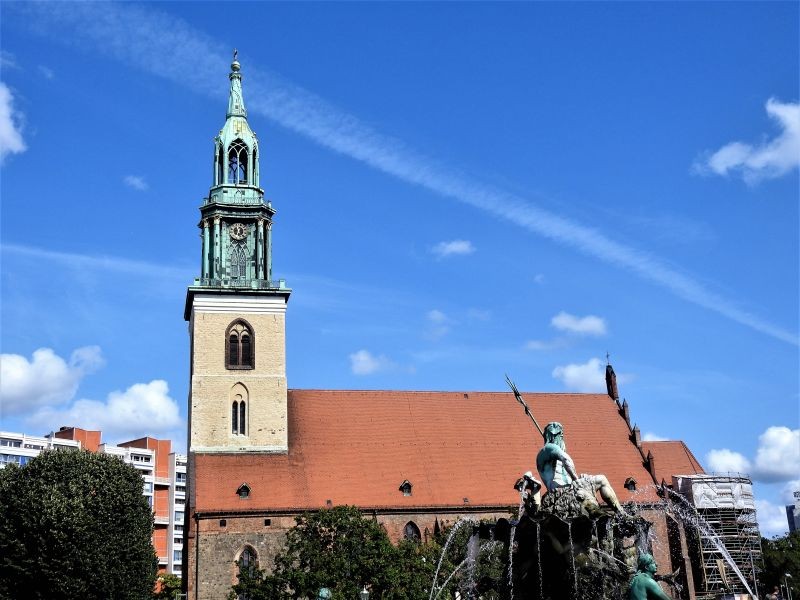 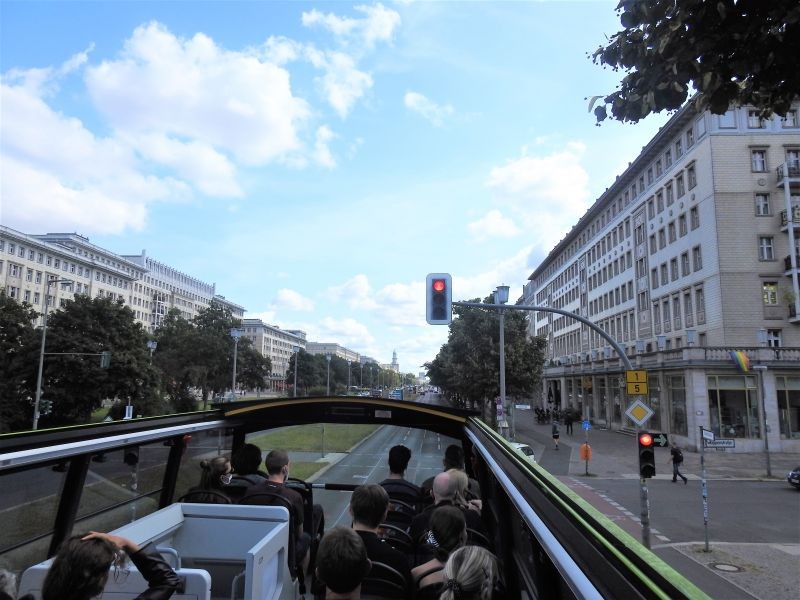 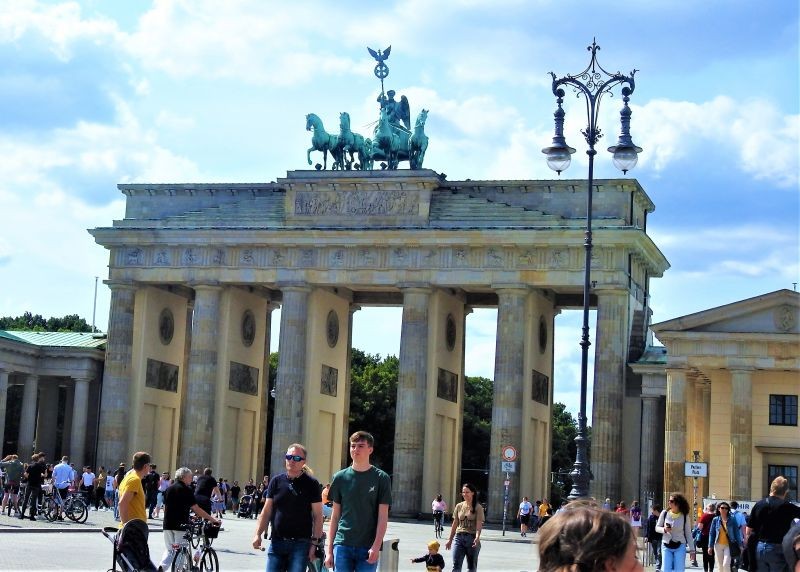 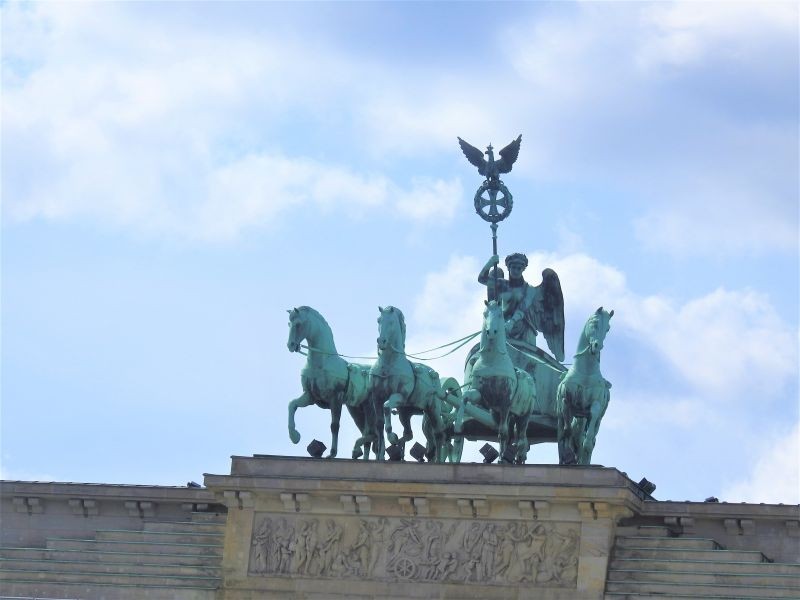 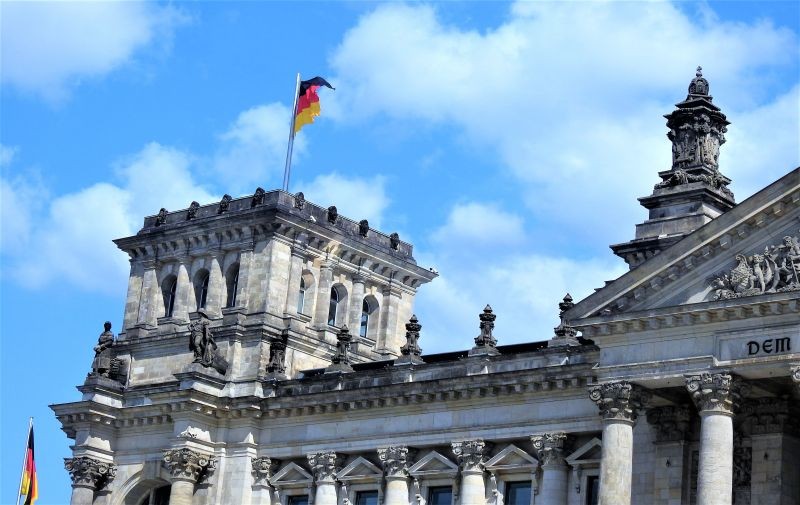 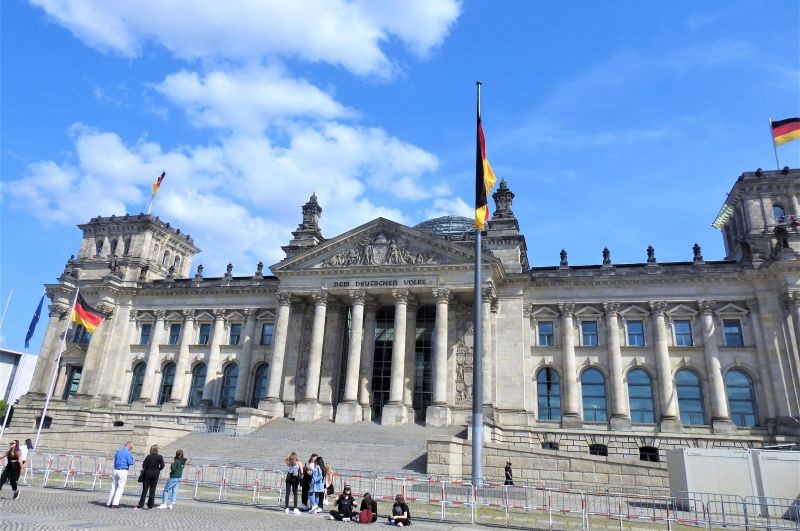 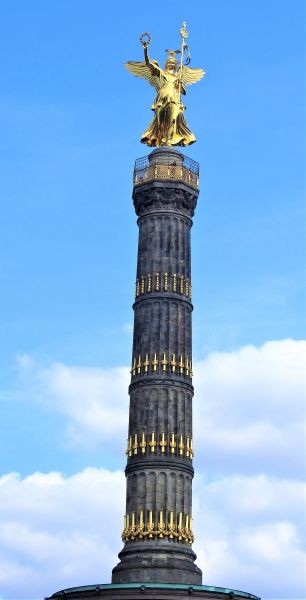 A Month in Europe - What it Cost

All Good Things Must End

Europe, Here We Come! (I hope)

Connie & Larry, you are doing very well considering the challenges! We are very familiar with them from past travels. We have also learned that if we are overly tired, or stressed, such as after a long flight, do the Uber ride or taxi to get to your safe and comfy hotel or campground. It is worth the money. If you are on public transit at those times, you are vulnerable. You are having adventures, and we thank you for sharing them with us!

0 Cancel Reply
Connie & Larry, you are doing very well considering the challenges! We are very familiar with them from past travels. We have also learned that if we are overly tired, or stressed, such as after a long flight, do the Uber ride or taxi to get to your safe and comfy hotel or campground. It is worth the money. If you are on public transit at those times, you are vulnerable. You are having adventures, and we thank you for sharing them with us!
Cancel Update Comment

Thanks Mary! Coming from the travel experts, we appreciate your tips.

0 Cancel Reply
Thanks Mary! Coming from the travel experts, we appreciate your tips.
Cancel Update Comment