11/15/07: Monterey, CA: After leaving Travis AFB, we stopped in Pleasanton, CA to visit with Bob and Nancy Colvert, more Boomer friends, who are managing a Christmas Tree lot for the holiday season. We dry-camped in their lot, which they're still setting up. We enjoyed a fun little potluck dinner together and catching up on travel stories. We then headed to Monterey, CA, where we're currently located at. We were going to stay in the military campground here, but the Colvet's suggested the Elks club. A little cheaper, with electric and water hook-ups. 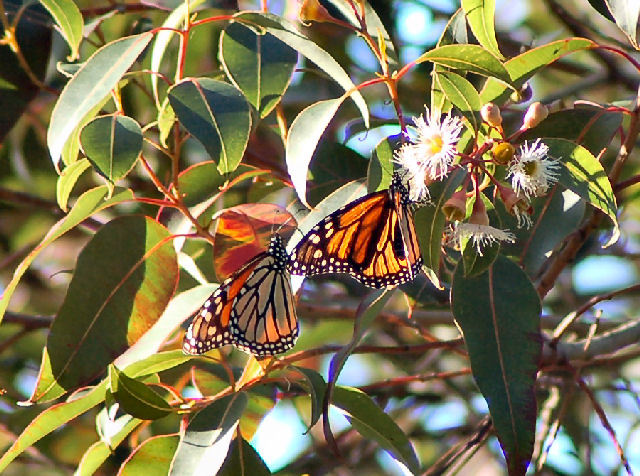 We've explored this pretty seashore town of Monterey and had a wonderful lunch on the Fisherman's Wharf. We 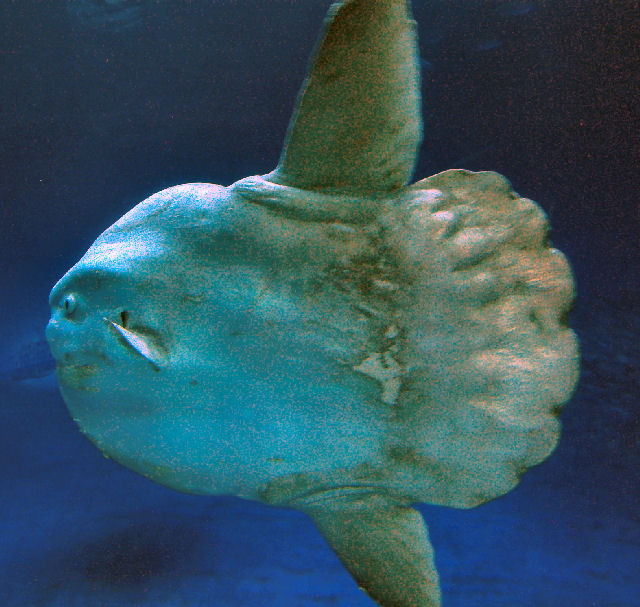 visited the Monterey Butterfly Sanctuary, which is an area Monarch Butterflies migrate to each year. Although I couldn't get a close-up photo of them, we saw hundreds of these butterflies grouped together in the trees. The highlight has been spending many hours at the Monterey Aquarium. We were impressed with how the Aquarium displays and teaches about the marine life. The displays were entertaining, as well as educational. It's a popular location for children and school field trips. We had never seen a "sun fish" before. These HUGE fish were over 6' long (a small one), and were oddly shaped. We were most impressed with the Jelly Fish exhibit's. A wide variety of the "jellies" were displayed in a very colorful and photographic method. Some looked like they were from another planet. 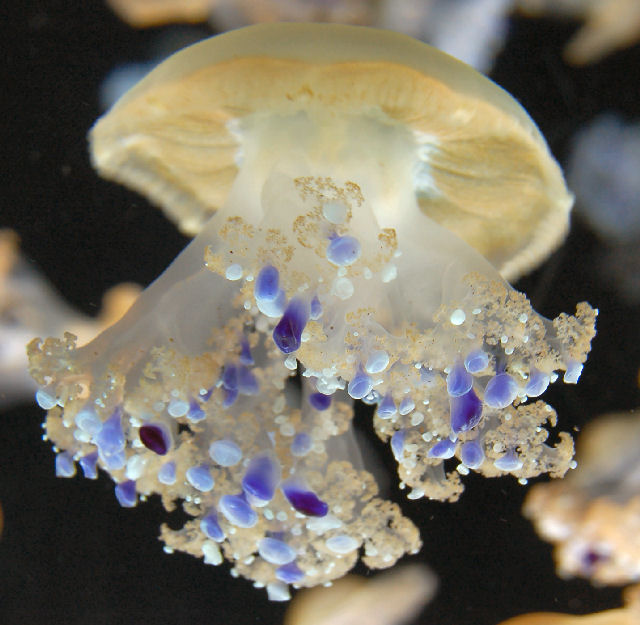 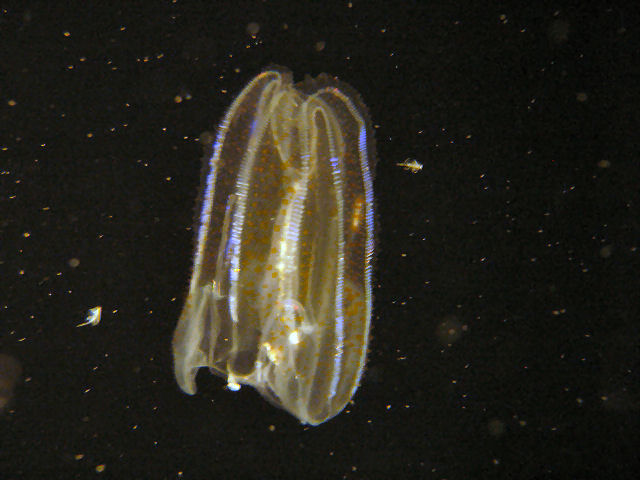 While only planning to stay here 3 nights, we will stay another night and take a day drive down the California coast to explore and view the Big Sur area. I think we've decided to start heading Southeast from here, avoiding going back into the Los Angeles traffic.

11/09/07: Travis AFB FamCamp, CA: Many times over the past few years, I've mentioned our friends in the Escapee RV Club Boomers. We recently learned that some Boomer friends had moved back into their home in San Francisco and were welcoming Boomer friends to come visit. We called Laura and Gordon Bornkamp to arrange to meet them. WOW! We got the 5-star treatment from them! We spent a couple nights with them in their home and they provided a fantastic tour of San Francisco. 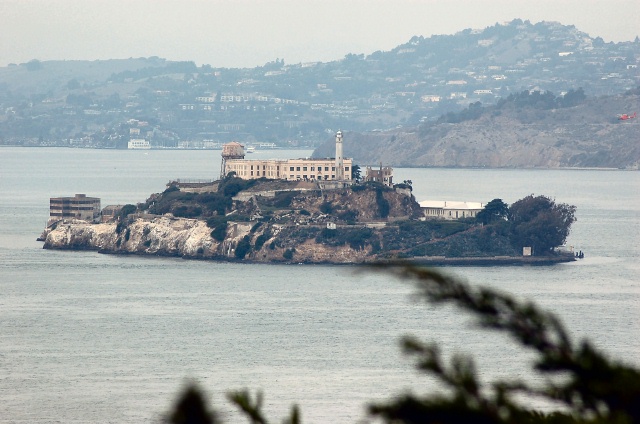 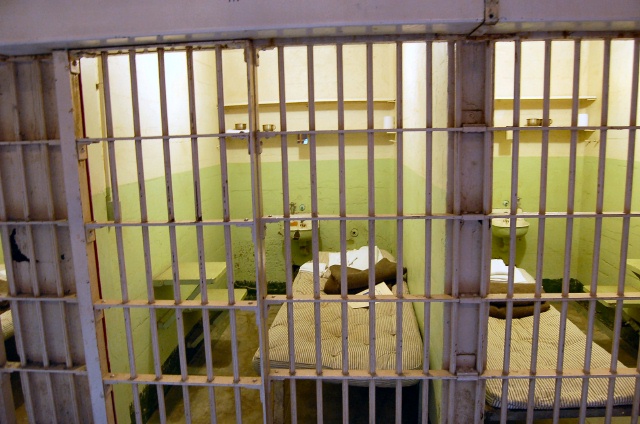 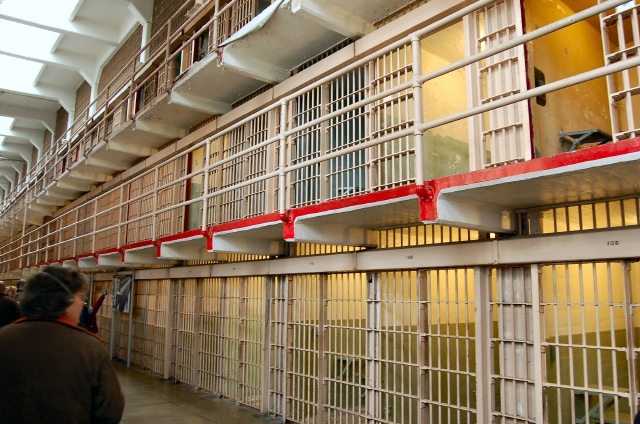 Prior to meeting up with them, we toured Alcatraz Island and the Fisherman's Wharf area. Of course, we had a great seafood lunch on the wharf. We then spent a few hours taking a tour of the old Federal Penitentiary on Alcatraz Island. The "tour fee" included the ferry ride to the island and a self-guided audio tour. The audio tour was one of the best we've ever had! The tour included excellent information on what we were looking at, as well as stories of prisoner life on "the Rock". Although the weather wasn't the greatest (typical S.F. fog), we enjoyed this afternoon of exploring and learning. Afterwards, we headed over to Laura and Gordon's house, where they had dinner waiting for us. In addition, Boomer friends Linda and Roy Dixon were in the area and also were having dinner with us. But they declined our host's invitation to spend the night. 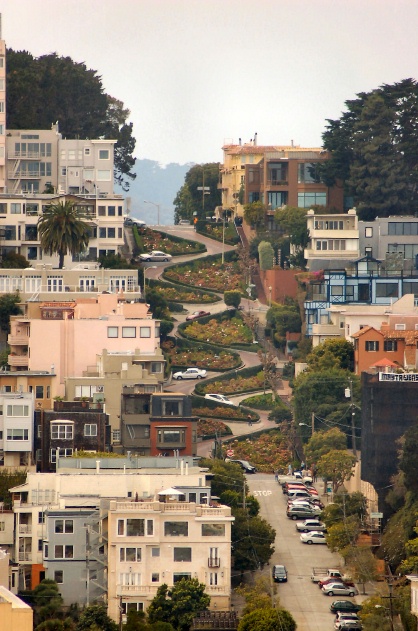 The following morning, the Bornkamp's played tour guide for the day. They drove us around San Francisco for the sights of the town. This being our first time to S.F., we were amazed at the variety of architecture and the efficient use of the hills. Another surprise for us was another Boomer member owned Memphis Minnies, a BBQ diner in the Haight district. We stopped by to meet Bob Kantor and enjoyed a wonderful BBQ lunch. Then it was back out for more touring of the city, including stopping in China Town for "Tea Tasting". (Sort of like Wine Tasting). We DEFINITELY saw MUCH more of San Francisco with our personal tour guides than we would have on our own. Near the end of the day, the fog had lifted (somewhat) and we got a good view of the Golden Gate Bridge. By the end of the day, the tour had ended, but not the festivities. In normal Boomer fashion, we enjoyed some more good food and playing "Pegs and Jokers" back at the house.

We're EXTREMELY grateful to Laura and Gordon Bornkamp for their wonderful hospitality. They made our time in San Francisco truly memorable.

11/06/07: Travis AFB FamCamp, CA: Yesterday was spent playing tourist in Sacramento. We spent the morning walking around in 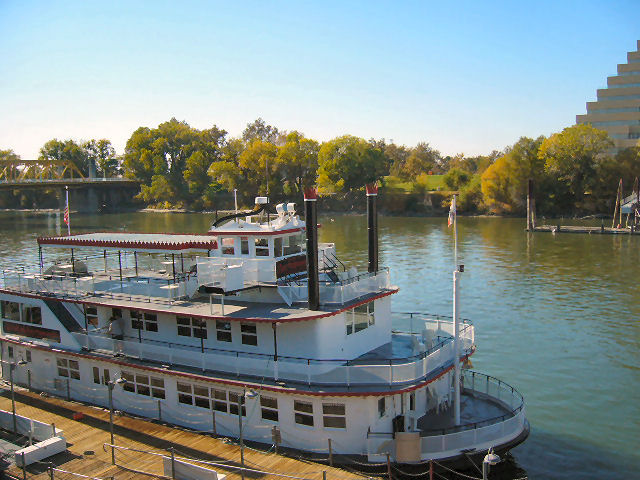 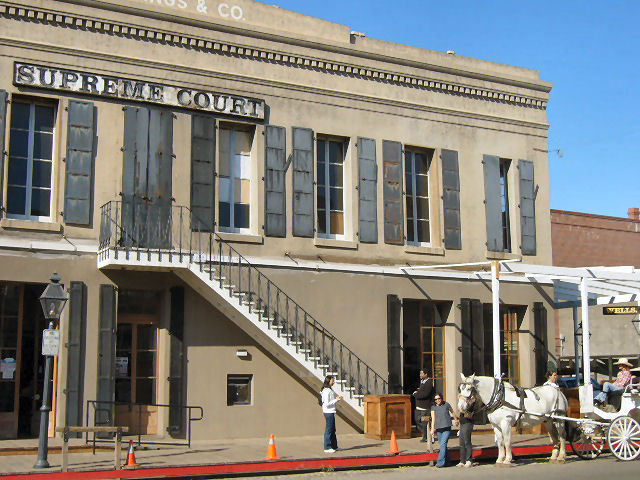 "Old Sacramento". This historic part of town as been well preserved. In addition to the many old buildings (most still being used), this part of town is located on the Sacramento river. A few paddle boats still remain on the river for tourists. This is also the location where the first Pony Express departed from.

One of the highlights of touring this part of town is the California State Train Museum. Reasonably priced at $8/person, the museum 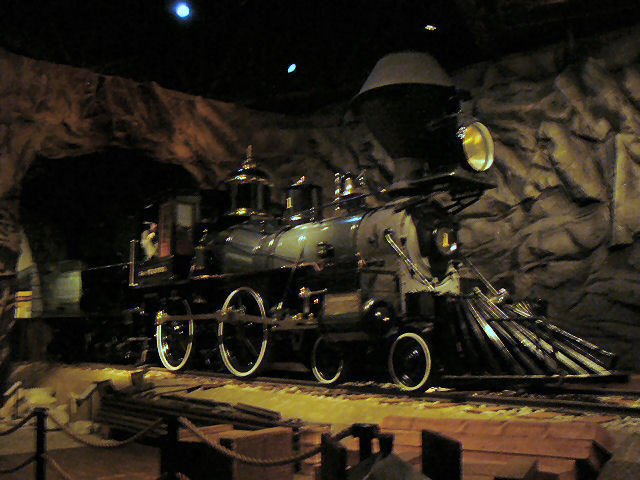 held numerous historic train engines from the mid 1800's. The presentation is educational and entertaining. Numerous dioramas allow you to use your imagination to visualize what it was really like. We viewed old passenger cars, a mail car (I didn't know they sorted mail while moving), and the last of the steam engines. If in Sacramento, I highly recommend spending a few hours here.< 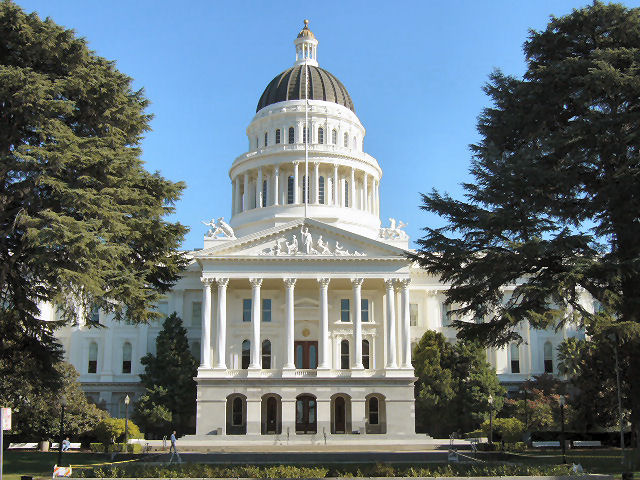 Since we were in the capitol city of California, we had to visit the "Governator". Although Governor Schwartzenager wasn't in the office today, we enjoyed touring around the capitol building. There's numerous rooms recreated the way they were in the early 1900's. It was interesting to see how the State Treasurer's office looked in 1903. Next to this office was a re-creation of how it looked in 1933. Big changes in just 30 years! These rooms are museum quality, using authenticate furniture and fixtures of the period.

Tomorrow, we're heading into San Francisco for a few days of touring. We're looking forward to it!

11/03/07: Travis AFB FamCamp, CA: When we get to an area to explore, one of our favorite pastime's is to take factory tours. We quickly learned that a "Jelly Belly" factory was near here. Connie loves these flavorful jelly beans. We toured the factory a couple days ago. It was a good tour, but I felt a little rushed going through it. Similar to many other tours we've taken, this was over the factory floor and worker's were busy making and packing the jelly beans. As usual, they wouldn't allow photos on the factory floor. One of the highlights of the tour, at least for Connie, was the ability to sample any of the flavors of Jelly Belly's at the end of the tour. We ended up walking away with over 7 POUNDS of Jelly Belly's!! (They had a deal on "Belly Flops" - candy that wasn't perfectly shaped).

Yesterday, we made a day trip to Petaluma, CA. We wanted to check out the small military campground located there. In addition, I had heard that this Coast Guard Training Site had a wonderful Friday seafood lunch. This is the training base for all Coast Guard cooks. After checking out the small campground (very nice and quiet), we went looking for the "dining facility" for lunch. We arrived 15 minutes before they opened. But we learned (the hard way) that retiree's aren't allowed in until 15 minutes before they close. We waited around for an hour, talking with other people. We were finally admitted and paid our $7+ for 2 people. The buffet line was small, but we got our share of shrimp, clams, and veggies. However, since we were admitted near closing, the clam chowder and cold seafood bar was empty. We were a bit disappointed, as this was one of the main reasons for going. But the fried shrimp we had was some of the best we've eaten.

Much of our time lately, has also been spent reading. Friends we worked with this past summer got us started on the Harry Potter series of books. We got very involved in these 7 books. Luckily, our friend loaned all the books to us until we see them again in January. There were times we couldn't put the books down. Now that we're finished with the series, we find ourselves referring to the book characters and trying to cast spells.