05/28/09: Kinnikinnick Campground, Huntington Lake, CA: I can't believe I forgot to talk about our little trip back to Arizona. Back on May 9th, we took an extended weekend and flew back to Queen Creek, Arizona to attend our youngest daughter Cynthia's college graduation. What was supposed to be a joyous weekend turned out to be the opposite. We arrived on the day of the graduation ceremony. However, Cindy's canine friend, Gidget, was in the animal hospital. Gidget lived with us for a few years and is one the best buddies we've had. She loves the outdoors, camping, and is a wonderful hiking dog. However, now she had fluids all around her lungs and had difficulty breathing. Since we spent s 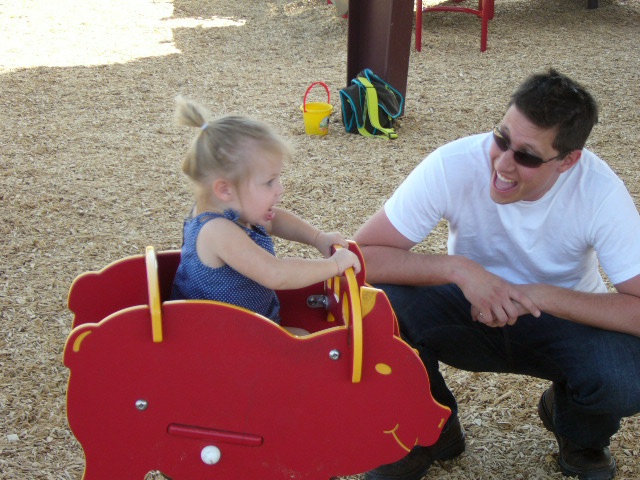 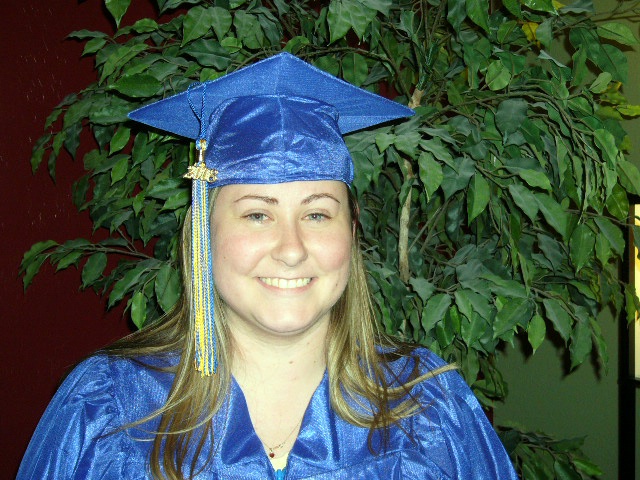 time at the animal hospital, Cynthia missed the graduation ceremony. We took the entire family out to a wonderful graduation dinner. The rest of the weekend was more trips to the hospital. Cindy's spent over $1000 already for Gidget, and they still don't know what's wrong. They've eliminated Cancer and Valley Fever. Cindy's on a VERY tight budget, and these expenses are killing her. As of today, there's still no prognosis. We're all very scared and saddended on what the outcome may be. We were able to convince Cynthia to pose in her cap and gown for a photo shoot. We did get to spend some time with granddaughter Kaylee. She's growing SO FAST! She's now beginning to talk. She calls us "Papoq" and "Granmamma". How cute! And the other exciting news is Leslie (eldest daughter) is expecting her second child this November. Great timing, as we'll be finished with summer work just in time!

Back to the present - we survived the Memorial weekend with campers. Actually, it snowed and was cold the entire weekend. We had MANY cancellations, with many campers staying one night and then leaving. There's still a few large drifts of snow in some of the campgrounds. There's still some work left to finish opening the campgrounds completely, but there's no huge rush now. Although the snow has stopped, we've had a couple days of rain. It's still in the mid 40's during the day. But the good news is we have TELEVISION at home now! Our satellite system provides our Internet connection AND our television connection using the same dish. Up here in the forest, it can be a challenge finding BOTH satellites through the trees. Last year, we didn't have Internet or TV because of the trees. This year, we're in a different campground. By pulling the motor home forward in our RV site, we were able to get Internet. However, we didn't have TV. We tried a few things, then moved the RV forward a few more inches. We now have BOTH! This is luck, as we're finding holes through the trees in two directions from the same satellite dish. I didn't mention that the front tires of our motor home are about 12" in the air (with large blocks under them). Since we're pulled forward in the site, it slants on this end. The blocks are keeping us level.

05/17/08: Kinnikinnick Campground, Huntington Lake, CA: Time has been flying!  We've conducted our training and have had few employee issues. A couple have left already, even before we started work. They "didn't want to do the paperwork". Glad they left before we wasted more time with them.

We're now rushing to get the campgrounds cleaned up and ready to open in a few days. We open most of the campgrounds on May 22nd. Seeing how the snow is complicating things and we're getting a late start, we'll have the campgrounds open, but they won't look their best. Once we're past Memorial Day, I'm sure everything will be finished up and we'll be in top shape again for the season. To say the least, Connie is feeling every muscle in her body hurt. While we enjoy being outdoors and even most of the physical work, she's been out raking her campground. I haven't had the chance for much physical work, as I've got a staff of almost 20 employees that I've been organizing and training. There's also a ton of other preparation tasks that I've been working on. (I hate making schedules!) To top this all off, many days have been spent helping the new manager in another area get started. Yesterday was spent returning a large rental truck to Fresno and shopping for various supplies.

We still have drifts of snow and it is stopping us from driving to all campsites. I hope to take the Jeep around again and drive through all of these drifts to break them up. They've plowed the road to my "High Sierra" campgrounds, so I also need to drive up there and check on their condition. Then get the people who will work up there to start cleaning up. So much to do.... so little time..... heck, I think I'll just go back to bed.   (just kidding).

05/05/08: Kinnikinnick Campground, Huntington Lake, CA:  After spending a week at the lower elevation, we all were eagar to get up to "our" lake. Luckily, someone plowed one side of the road leading to the campground we'll be staying in. There was still quite a bit of snow, and 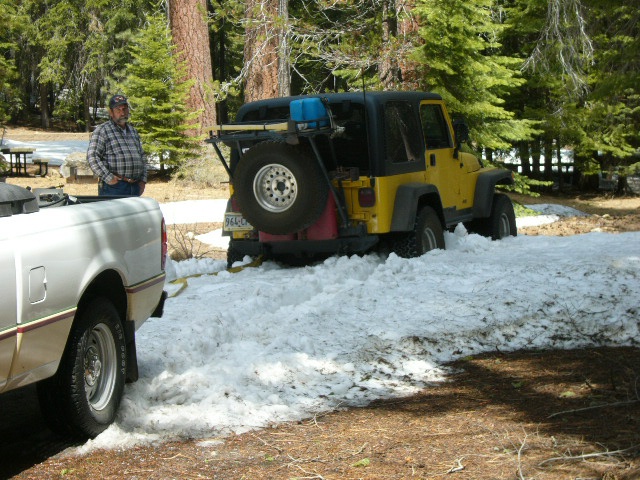 we couldn't get into our site, but we figured we could get next to it and have electric and sewer hook-ups. We found places for 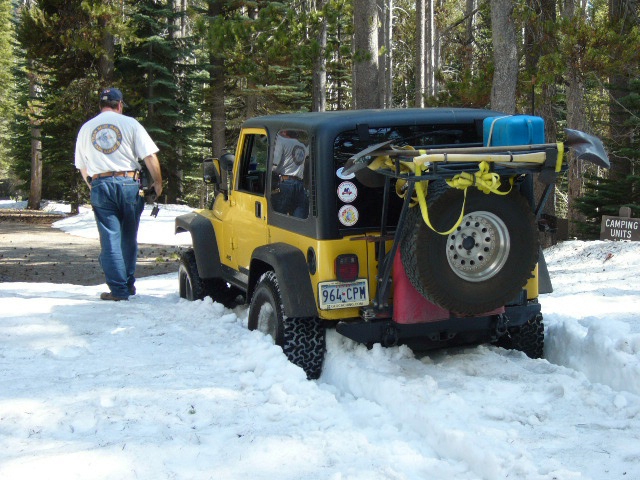 the other three couples that are here. We've started getting the area ready to open, but it's been going a bit slow. The snow still hampers much of what we need to do, although the snow is melting pretty quick.